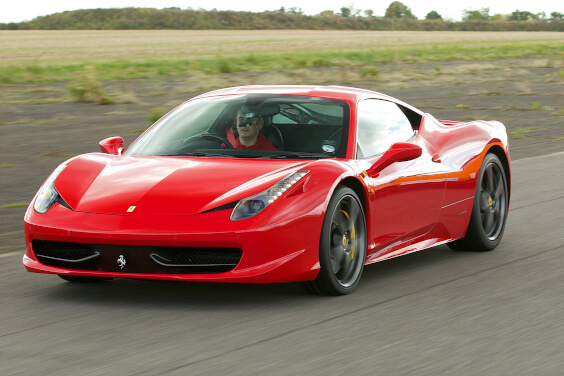 “Phenomenal levels of performance due to the 4.5-litre V8 in the coupe, and the 4.4-litre V8 in the Spider”
“Styled by the famous Italian styling collective Pininfarina, the Ferrari 458 looks like all a supercar should be”

The Ferrari 458 Italia was introduced as a replacement for the 430 in 2009 and it quickly became the standard for the supercar world. A competitor to the Porsche 911, this mid-engined Ferrari 458 Italia is available in two coach styles – a coupe, and a Spider convertible. Both have phenomenal levels of performance, with the 4.5litre normally aspirated V8 generating 562bhp as it screams to 9000rpm. With capabilities of 0-62mph in just 3.4 seconds and a top speed of 201mph, this car is worthy of a space in anyone’s garage – a truly breath-taking car. The Ferrari seven-speed dual clutch gearbox shifts at a blindingly fast pace, with a shift time of essentially zero with no interruption in the power sent to the wheels. This has been called the greatest F1 dual-clutch gearbox on the planet. The Ferrari 458 comes with carbon ceramic brakes as standard giving fantastic stopping power. In addition to this the Manettino dial on the steering wheel lets the throttle, gearshift, stability control and dampers to be personalised to the driver’s skill level, really allowing anyone to get the most out of this car.

In terms of appearance, the Ferrari 458 checks every item on the supercar list with its stunning, smoothly inclined body able to make a statement on any road or track. The 458 has been clinically designed with aerodynamics in mind. The front end features a single wide mouth opening to let a specific amount of air in paired with a vent on either front fender. Out back there are a pair of large ducts just before the taillights, all designed with aerodynamic contours and partitions that direct air directly into the radiators and away from the new flat underbody. The nose also sports small aeroelastic winglets which generate downforce and, as speed rises, deform to reduce the section of the radiator inlets and reduce drag.

The interior was left up to the work of Donato Coco, Ferrari’s Chief Designer. The Ferrari 458 oozes style and panache throughout with an F1 style carbon steering wheel, the highest quality Italian leather, and the latest technology on display. The Ferrari 458 Italia comes at a high tag price, starting at around £179,000 – a pretty high figure to be expected with such class in a car.

“he Ferrari seven-speed dual clutch gearbox shifts at a blindingly fast pace, with a shift time of essentially zero with no interruption in the power sent to the wheels. This has been called the greatest F1 dual-clutch gearbox on the planet”

Pricewise the 458 is hits the bottom-line quite hard and running costs don’t help with savings either. The 4.5-litre coupe produces 275g/km of CO2 and yields 20.6mpg, while the 4.5-litre unit which powers the 458 achieves 23.9mpg. If you drive the 458 as Ferrari as usual, you’ll be lucky to get double figures. Ferrari has tried to be eco-friendly at the very least, by including its HELE (High Emotion Low Emission) stop-start system as a purchasable option.

Though, driving the Ferrari 458 is a unique and exceptional physical experience. The engine noise from the V8 is astonishing, the acceleration is beyond words and the controls conduct massive quantities of feedback. What’s more, the steering is strident and exact and there is a massive amount of grip, as well. Overall, the Ferrari 458 stays fast and packed with character both on the road and the track.

Included in the package is Ferrari’s Genuine Maintenance programme that covers all standard items. With 12,500-mile recesses, there’s no mileage limit and the deal is still viable if the vehicle is sold on. The Ferrari 458 is an utterly gorgeous car and even though it does have contemporaries vying for the title of the most beautiful car for the last decade, the broad appeal of such a historic and synonymous racing brand is undeniable. 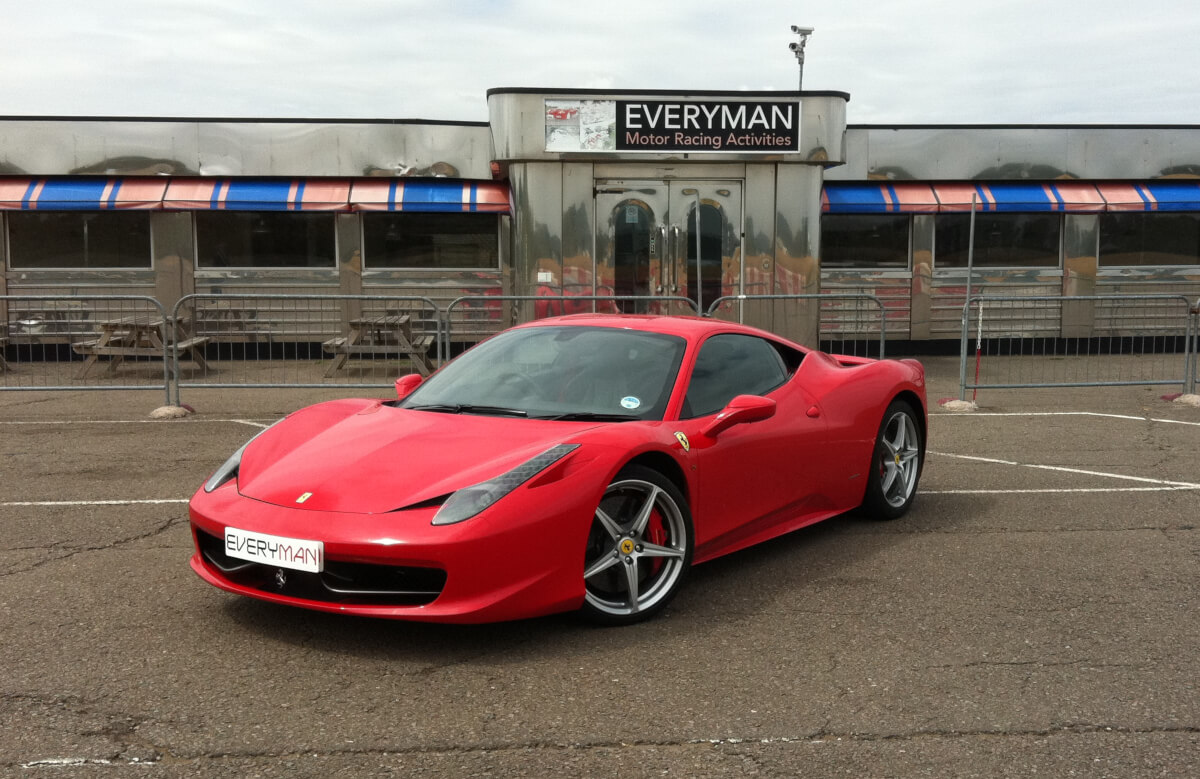 Ferrari aims to make life easier thanks to a tight but cavernous boot in the nose, as well as a convenient luggage shelf behind the driver and passenger seats. There is also a wide-ranging options list for the 458, and most patrons stipulate several thousand pounds worth of personalised trim and detailing. Ferrari also sells custom-made luggage kits, if you have a preference.

Overall this car has the potential to stand in the pantheon of fantastic Ferrari models, we’ll never know what the great Enzo would have said about the 458 but its fantastic design and phenomenal performance makes it a definite head-turner. We’re proud to have the 458 on our roster of supercars here at Everyman racing and getting behind the wheel of one is a few clicks away.